Once a planet is found to transit its star, astronomers often try to figure out whether the planet’s orbit is aligned with the spin of the star. This is called the “obliquity”, denoted by Ψ, the angle between the orbital and stellar-spin axes.

It has long been known that many hot-Jupiter exoplanets are in aligned orbits (where the star’s spin axis is perpendicular to the orbital plane), but that a significant fraction are misaligned. Now a new paper led by Simon Albrecht reports that the misaligned planets tend to be in polar orbits, where the planet passes directly over the star’s poles. 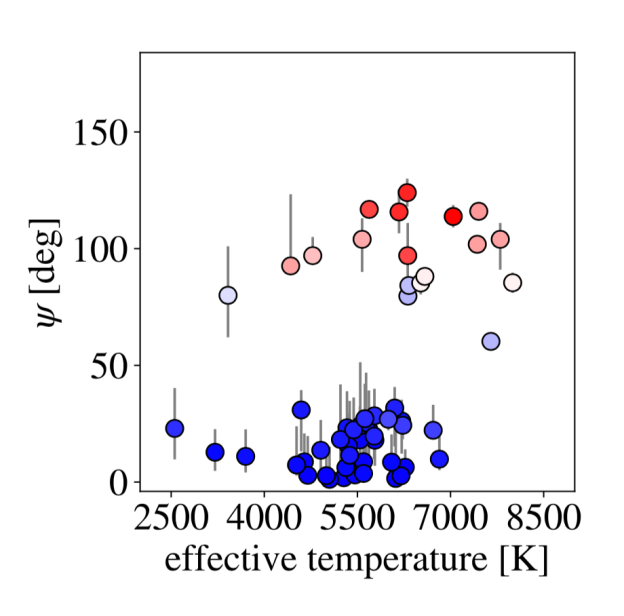 The plot shows values for all the hot Jupiters where Ψ can be measured — of which roughly half are WASP planets — and reveals that obliquity values (y-axis) imply that the planets tend to be either aligned (low values of Ψ) or in polar orbits (Ψ near 90 degrees).

In the illustration below the planets orbit in the equatorial plane (we look along the z axis), and the arrows point along the stellar spin axes. The arrows collected around the y axis are thus the aligned systems. The rest are not evenly distributed, but are preferentially close to the orbital plane. 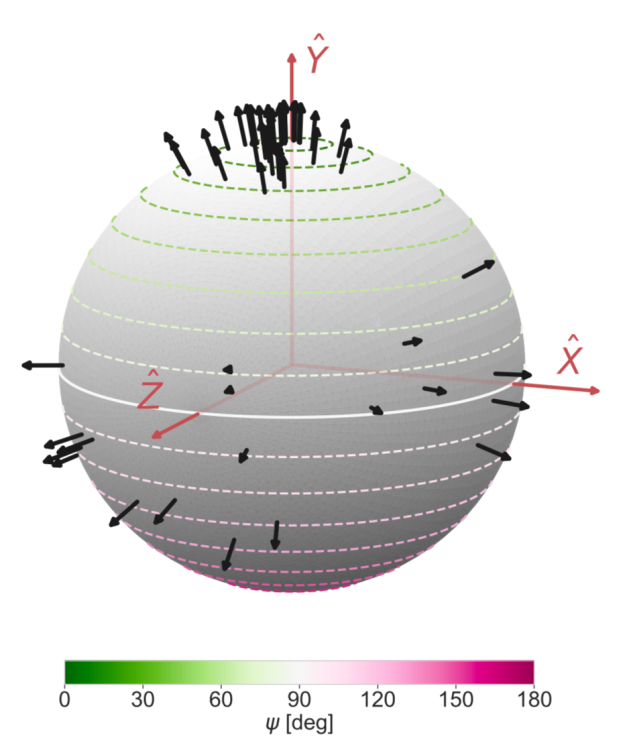 Although the authors discuss several mechanisms that can be causing misaligned orbits, the reason for the preponderance of planets in polar orbits is not yet understood.