NASA, ESA and JPL have put out press releases on the atmospheric spectrum of WASP-39b. The paper by Hannah Wakeford et al combined Hubble and Spitzer data to produce a comprehensive spectrum with broad spectral coverage. 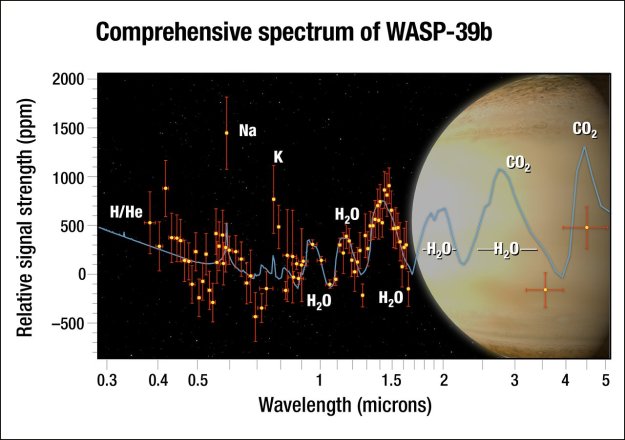 “Using Hubble and Spitzer, the team has captured the most complete spectrum of an exoplanet’s atmosphere possible with present-day technology. “This spectrum is thus far the most beautiful example we have of what a clear exoplanet atmosphere looks like,” said Wakeford.”

“WASP-39b shows exoplanets can have much different compositions than those of our solar system,” said co-author David Sing of the University of Exeter. “Hopefully, this diversity we see in exoplanets will give us clues in figuring out all the different ways a planet can form and evolve.”

The strongest features in the spectrum are caused by water:

“Although the researchers predicted they’d see water, they were surprised by how much water they found in this “hot Saturn.” Because WASP-39b has so much more water than our famously ringed neighbor, it must have formed differently. The amount of water suggests that the planet actually developed far away from the star, where it was bombarded by a lot of icy material. WASP-39b likely had an interesting evolutionary history as it migrated in, taking an epic journey across its planetary system and perhaps obliterating planetary objects in its path.” 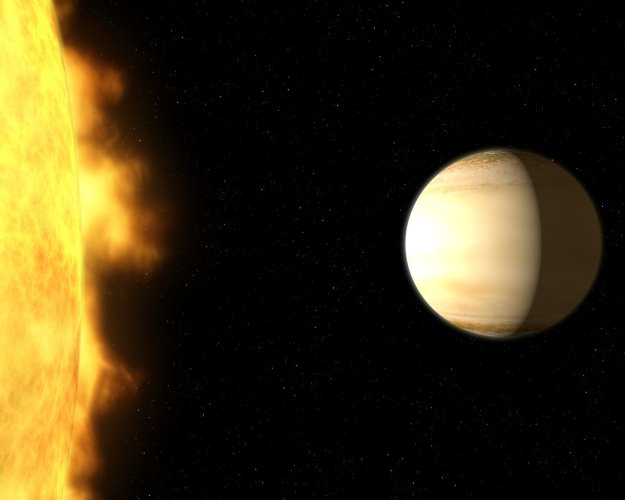 Coverage of the press release includes that by Newsweek, the International Business Times, the Daily Mail and about 30 other websites.