A team from McGill University have put out a press release about the nightsides of hot Jupiter exoplanets, which, given that hot Jupiters are phase-locked, always point away from their star. Dylan Keating et al collected observations with the Spitzer Space Telescope for a sample of 12 hot Jupiters, including 7 WASP exoplanets.

They find that, while the heated daysides show a range of temperatures, the nightsides always have a similar temperature: 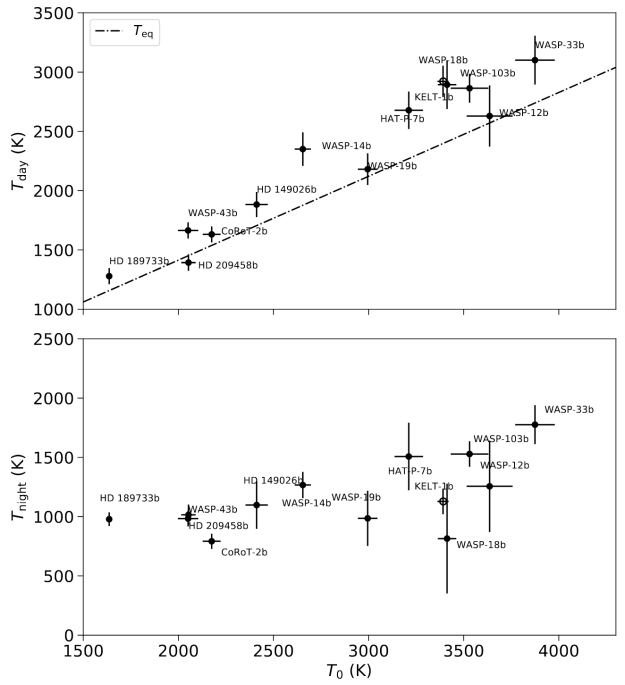 “The uniformity of the nightside temperatures suggests that clouds on this side of the planets are likely very similar to one another in composition. Our data suggest that these clouds are likely made of minerals such as manganese sulfide or silicates, or rocks”, Keating explained. 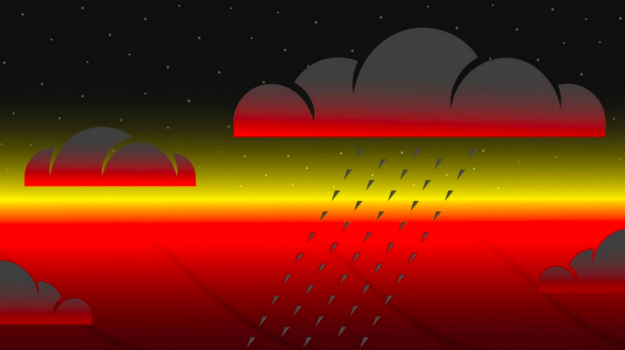 Caption: Schematic of clouds on the night side of a hot Jupiter exoplanet. The underlying atmosphere is over 800 C, hot enough to vaporize rocks. Atmospheric motion from the deep atmosphere or from the hotter dayside bring the rock vapour to cooler regions, where it condenses into clouds, and possibly rains down into the atmosphere below. These clouds of condensed rock block outgoing thermal radiation, making the planet’s nightside appear relatively cool from space. Credit: McGill University

The work has led to press coverage by Fox News, Sci News, UPI, and other websites.