Naturally, we at WASP are chuffed at the award of the Nobel Prize in Physics to Michel Mayor and Didier Queloz for their discovery of 51 Peg b, the first extra-solar planet found orbiting a sun-like star. Congratulations to them both! The award is a welcome boost and recognition of the burgeoning field of exoplanets. 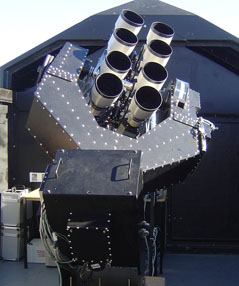 When, back in 2006, we built WASP-South in South Africa and started our Southern survey for transiting exoplanets, the Geneva Observatory team led by Mayor and Queloz were the obvious collaborators, given their world-leading track-record in the radial-velocity discovery of exoplanets, and their Euler telescope with its CORALIE spectrograph, situated at La Silla in Chile.

Prof Queloz, and his then-students Michaël Gillon and Amaury Triaud, started the radial-velocity observations of WASP-South transit candidates. Since many transit candidates turn out to be transit mimics, both the transit data and RV data are necessary to prove the discovery of a planet. That collaboration still continues, and has involved the Geneva Observatory team observing 1500 WASP candidates over many hundreds of clear nights with Euler/CORALIE. 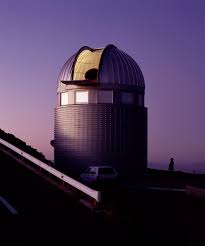 The result has been the discovery of over 150 exoplanets transiting bright stars, and many of them are among the most valuable exoplanets for further observation and study. So far the collaboration between Prof Queloz’s team and WASP-South has led to over 100 refereed papers in leading journals, that have so far been cited over 5000 times.