The WASP-South camera array, in conjunction with the Euler/CORALIE spectrograph and the TRAPPIST photometer, continues to be the world’s most prolific programme for discovering hot Jupiters transiting relatively bright stars of V < 13.

The discovery has reported by the Daily Mail, The Times of India, and The Hindu, and has been covered by about twenty news websites including Phys.org, wired.co.uk, scienceworldreport.com, techtimes, I4U News, and siliconrepublic. 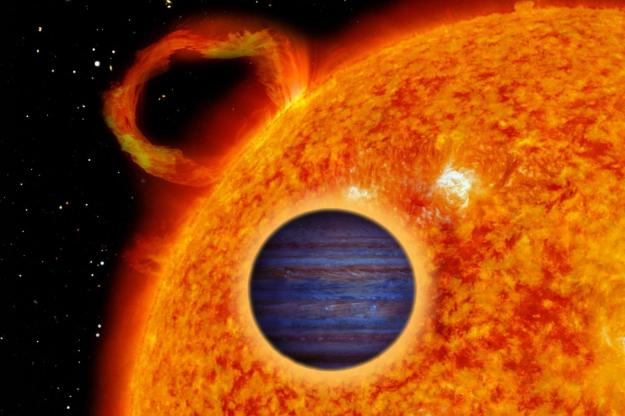 This derived from a piece by Tomasz Nowakowski, of Phys.org, which includes:

“WASP-126b is the most interesting because it orbits the brightest star of the five. This means it can be a target for atmospheric characterization, deducing the composition and nature of the atmosphere from detailed study, for example with the Hubble Space Telescope or the forthcoming James Webb Space Telescope,” Coel Hellier, one of the co-authors of the paper, told Phys.org.”

“NASA’s Transiting Exoplanet Survey Satellite … might find smaller transiting exoplanets in these systems, as the Kepler K2 mission did with our previous discovery WASP-47. TESS, however, will do this for nearly all WASP planets, whereas K2 is restricted to an ecliptic strip, and so can only look at a few WASP planets,” Hellier said.”.