An interesting new paper by von Paris et al has explored the effect of the cloudiness of a planet on transit lightcurves. If a planet were cloudy on one limb, but clear on the other limb, then that could make the transit slightly asymmetric. The authors show that, in principle, this effect could be detectable with good-enough quality lightcurves.

An apparent shift in the transit: 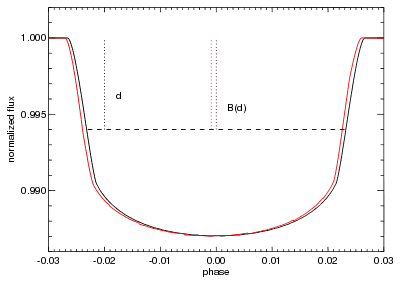 Would then lead to residuals, relative to a “perfect” transit, looking like: 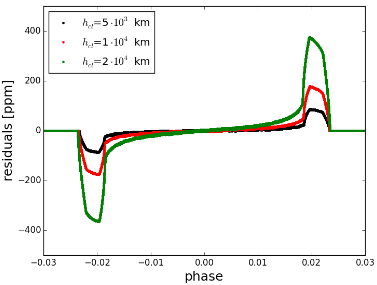 The authors then claim a possible detection of such an effect in the hot Jupiter HAT-P-7b.

This might open up a new way of exploring the atmospheres of exoplanets. Whether this can ever be done reliably, however, is debatable. A big assumption in the authors’ simulations is that the star being transited is uniform. However, we know that stars are usually magnetically active and so are patchy. Star spots and bright patches on the star are likely to have a greater effect on the transit profile than the cloudiness of the planet’s atmosphere. Still, the effect is worth exploring, particularly for planets transiting magnetically quiet stars.