With over a hundred gas-giant exoplanets now known transiting relatively bright stars, thanks to WASP and other projects, scientific attention is being directed to characterising their atmospheres. 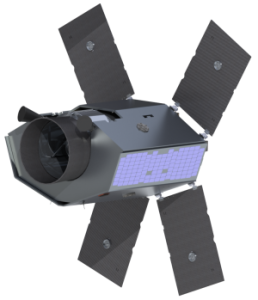 Twinkle is a new proposed satellite, led by a team from University College London, that would be dedicated to studying exoplanet atmospheres. The aim is for a relatively cheap and quick mission, but with a high scientific return.

Twinkle aims to analyse the atmospheres of 100 exoplanets using an infrared spectrograph. By comparing the spectra observed in and out of transit, and spacecraft will detect signatures of molecules in the transiting planet atmospheres.

The project needs £50 million to succeed. WASP planets would be prime targets for Twinkle, and so we hope that Twinkle gets funded and wish it every success.

The Twinkle team invite expressions of support at the Twinkle website.